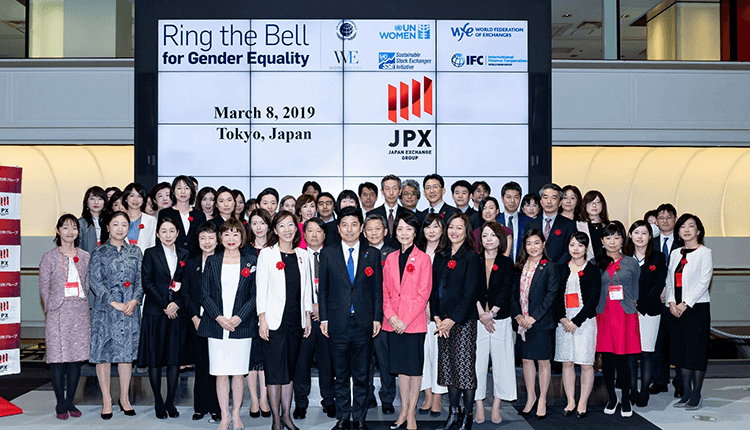 In September’s article, Japan Exchange Group (JPX) introduced their Japanese translation of the Sustainable Stock Exchanges (SSE) Initiative’s “Model Guidance for Companies Reporting on ESG Information.” This time, in conjunction with the SSE Initiative’s 10th anniversary, JPX writes about SSE’s other work and how it is contributing to the spread of awareness of ESG in Japan.

In September 2019, the UN Sustainable Stock Exchanges (SSE) Initiative, of which Japan Exchange Group (JPX) is a member, celebrated its 10th anniversary with a conference during Climate Week in New York. In its first decade, SSE has successfully united most of the world's stock exchanges to encourage sustainable practices among their listed companies and market participants. In this article, we would like to go into more detail about the work of the SSE, how JPX is contributing to this, and how it is helping to encourage sustainable practices in Japan.

Exchanges around the world have been collaborating for many years through the World Federation of Exchanges (WFE) and other regional organizations, but the industry was largely unclear on what role they could have in encouraging sustainability until SSE was set up in 2009. Ten years later, exchanges are playing a large part in sustainability initiatives in every part of the world, and this has come about through SSE's work in three main areas: raising awareness, building consensus, and research.

Firstly, SSE has encouraged its member exchanges to raise awareness of sustainability (or ESG) issues in their respective markets. One main aspect of this has been Ring the Bell ceremonies, which are good ways to attract market and press attention for a specific issue. Ring the Bell for Gender Equality ceremonies have been held on and around International Women's Day in March every year since 2015, with 85 exchanges taking part in 2019, including JPX. Other exchanges have also rung the bell to raise awareness for sustainable finance, green bonds, climate change and other issues. In addition, SSE has taken part in many events hosted by member exchanges, to raise awareness among listed companies.

Secondly, SSE has brought capital markets players together to build consensus on what the role of exchanges should be in encouraging sustainability. Every two years, SSE holds a Global Dialogue event, usually alongside a wider UN or other event, where high-level discussions are held between exchange leaders, regulators, politicians and others. SSE also organizes regional dialogue events and events on more specific themes.

Thirdly, possibly the most important part of SSE's work has been research. SSE has published a number of reports and guides for stock exchanges and regulators to help them spread sustainable thinking in their markets. These include the Model Guidance for Companies Reporting on ESG Information, as well as guides for exchanges on advancing gender equality and growing green finance, and for regulators on supporting the UN Sustainable Development Goals (SDGs). Most recently, SSE worked together with the WFE's Sustainability Working Group, which JPX contributes to as a Vice-Chair, to create a guide on how exchanges can embed sustainability in their own operations.

As a result of SSE's research, sustainability activity at exchanges around the world has massively increased in the last ten years. Firstly, since the Model Guidance was published in 2015, the number of exchanges providing guidance on ESG reporting for listed companies has shot up, from 13 to 46 in 2019, which is over half of all stock exchange worldwide. Secondly, exchanges are widening their range of ESG-related investment products, such as green or sustainability bonds, ESG-based indices, ESG ETFs, and infrastructure funds. At JPX, we launched the Carbon Efficient Index series with S&P in 2018, and as well as ETFs and infrastructure funds, we also have a special platform for information about green and social bonds listed on the Tokyo PRO-BOND Market. Thirdly, more exchanges are reporting their own sustainability information through separate or integrated reports, including JPX – we integrate sustainability information into our annual report. Lastly, more regulators are engaging on sustainability issues: the number of regulators requiring ESG information disclosure as part of listing rules has risen from eight to 24 since 2015.

To commemorate their 10th anniversary, SSE asked a number of industry figures to comment on what SSE should be doing in the future. The themes that came up included working more with WFE, focusing on working towards the UN Sustainable Development Goals, encouraging more exchanges to publish ESG disclosure guidance, and growing the membership beyond traditional listing exchanges.

JPX has been an active member of SSE since we joined in December 2017, and we have done our best to become a leading voice in the push for sustainable practices in the Japanese market, through supporting listed companies' sustainability efforts and encouraging sustainable investment through our products. As part of our support for listed companies, we have hosted and co-hosted a number of events, including most recently a seminar to introduce and distribute a recently-published Japanese translation of the Sustainability Accounting Standards Board (SASB) and Climate Disclosure Standard Board's (CDSB) "TCFD Implementation Guide". This seminar, co-hosted by JPX, SASB and CDSB, was attended by 270 representatives from listed companies, and was an important step towards better climate-related disclosure. We will continue to support SSE's mission in this way, and further develop the role of the exchange in creating a sustainable economy.