This is the first in a new series of chats between IJ and Japanese asset owners and managers at domestic institutional investment firms. IJ asks these investment professionals about their most recent views on investing in Japan as well as their backgrounds in asset management.
Our first interview is with Hideo Kondo, Director of DIC Pension Fund.

Because corporate pension funds are expected to operate over a very long term, we have to work constantly to produce annual gains on our total assets, even if interest rates are as low as they are now. To my mind, securing an annual return is simply reaping the fruits of economic and corporate growth. Since there is no Japanese version of Google or Amazon, the hunt for growth has moved mostly overseas. That has been my guiding strategy since 2004, when I decided there should be no passive funds in our equity investment. It's that active orientation that separates us from the typical style of Japanese corporate pension funds.

Currently some portion of our equity portfolio is allocated to private equity funds focusing on growth-stage ventures in IT, healthcare, and consumer sectors in North America and the Asia Pacific region. For the same reason, we have invested in infrastructure funds since 2004. Starting with a greenfield fund, our investments in infrastructure have since diversified into brownfield and renewable energy funds. Our PE and infrastructure investments include many supposedly ESG-integrated funds, though I have not actively sought ESG as a criterion.

Our combination of active equity management and low-liquidity assets proved effective during the financial crisis of 2008. What I've learned in 20 years of pension asset management is that a quick and decisive response to a changing market is essential. The quicker one moves, the better one can develop a feel for new markets, such as venture and infra, and the more effectively one can diversify the portfolio in each group.

Our assets are allocated 45% in equity and 55% fixed income, with the caveat that alternative assets should represent no more than 35% of total portfolio value. We currently maintain assets in low-liquid equity at around 17% and the remainder is allocated to various hedge funds.

Our primary objectives for fixed income investment have been to secure yield and mitigate equity risk in the first half of the 2000s, when we restructured our asset allocation policy following the IT bubble. As bond rates have drifted lower, we have shifted assets from domestic bonds to currency-hedged foreign bonds. After the Bank of Japan adopted a negative yield policy, we broadened our investment targets to include senior debt securities and open-ended real estate funds. Now our fixed income objectives focus more on income producing assets and absolute return strategies.

Another challenge we face is preparing for an anticipated cash shortfall in six years, due to the growing imbalance between premiums and benefits. We have two choices: either adopt a new contribution system under which contribution rates could be pegged to foreseeable risk rates, or lower our planned interest rate on the pension liability to 2.0%. The current planned interest rate on the pension liability is 3.0%. The expected return and risk are set at 3.5% and 7.85%, respectively.

Management History: Don't lose in the market and be resilient

My previous career was spent mainly as a portfolio manager for the bank's account to invest in foreign bonds and US equities at the Long-Term Credit Bank of Japan (LTCB) or Chou-gin, which was known for its failure and subsequent nationalization in 1998. Although the Japanese bubble and Chou-gin stories were well known, I wasn't so familiar with what happened because I was working at the time in the NY branch.

After returning to Tokyo in 1994, I went through a difficult time in my career at LTCB, apart from the bank's failure. My long history as a portfolio manager had made me unfit for promotion in the eyes of Japanese executives at the time. I was hoping for a new job better suited to my skill set, and happily I got the job at DIC's pension fund in 1999.

My time at DIC Pension began comfortably against the backdrop of a good market, and I began to learn about the pension system and regulatory requirements. Things changed dramatically starting in 2000, however, with three consecutive years of negative returns after the IT bubble burst in the US, and that made me recognize the reality of markets and our responsibility.

In addition to a depressed market, we have been forced to deal with a reduction in funds caused by our sponsor company's decision to change the corporate pension system. Formerly, DIC Pension managed both its corporate pension and a portion of public pension funds on behalf of the government. In 2004, DIC Pension returned the substitution part of the pension system to the government and adopted a defined benefit (DB) plan fully sponsored by DIC. In 2014, a portion of the DB plan was converted into a defined contribution (DC) plan. These changes have made our managed funds smaller, which means they are more vulnerable to market volatility. However, we have enough reserve surplus in our funds. As a result, our balance sheet as a whole has been sufficiently protected from negative performance that we can meet our DB pension obligations – primarily lifetime annuities to retirees. DIC's balance sheet is shielded from pension fund losses as well. We anticipate low or negative interest rates will continue for the foreseeable future; however, ALM (asset-liability management) simulation predicts the DIC Pension Fund can maintain a positive balance with a 1% annual return over the next 20 years, using the fund's surplus.

Looking back, our core strategy has been, "Don't lose in the market and be resilient to downtrend pressure." I think that policy has helped us look ahead and prepare for the future. With that policy and a bit of luck, our funds have performed rather well among Japanese corporate pensions, through the financial crisis in 2008 and the trend of lowering interest rates that followed. It has been my wish to retire with a good surplus in our funds, which we have now. 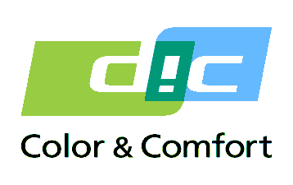 A corporate pension organization to benefit employees sponsored by DIC Corporation, a chemical company with a top share in inks.  Assets of its defined benefit pension totaled approximately JPY 107 billion at the end of October 2019. 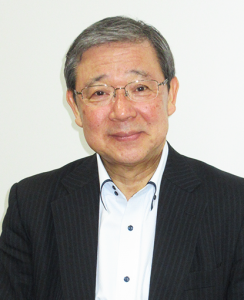