Prof. Osamu Yamaguchi presented a nine-chapter odyssey of Japan’s corporate pension scheme, covering from primitive plans in the early days to issues to be fixed in the future. IJ featured all chapters in the last several months. This is the last of nine.

9.1  The public pension system as a base of corporate pensions

These recognitions are based on an understanding that major problems have settled by the 2004 reform which secured long-term sustainability of public pension financing, and that the future task is to enhance safety net function by responding to specific problems such as low benefit level of pensioners while keeping the sustainability even stronger.

9.2  Result of a financial review and examination at Section of the Social Security Council Pension Committee

The 2nd verification of the 2004 reform on financing was conducted in 2014. In the discussion at the Social Security Council Pension Committee (Ministry of Health, Labour and Welfare (MHLW)), the majority recognized few serious problems in the sustainability of pension financing on the premise that the (so called) macroeconomics slide formula could function in the future. But so far as Basic Pension benefits goes, the adequacy of benefit level might be threatened by longer adjusting periods caused by the macroeconomics slide.

An idea among optional pro forma was brought in to compensate for the decrease of benefit. The aim of this idea was to widen coverage of Employees Pension Insurance (EPI) to as many as 12 million for those whom currently covered only by National Pension, such as students, employees on short-term contracts and employees at non-EPI-applicable workplaces.

However, widening the coverage of EPI so large to non-regular employees such as part-timers will most probably face strong objections from business communities who employ many part-timers etc. and insured persons themselves. Therefore, other practical plans excluding the idea to widen the coverage of EPI needs to be prepared for the decrease of Basic Pension caused by prolonged adjusting period of the macroeconomics slide. Otherwise, the pensioners of National Pension (the benefits are only Basic Pension) will suffer the relative reduction of benefit level.

Organization for Economic Co-operation and Development (OECD) made a report reviewing and comparing pension policies and their achievements practiced in various countries.¹ The following three methods were suggested to make 'adequacy of benefits' compatible with 'sustainability of pension scheme' in the report.

These are common methods for pension reforms in advanced countries and can be applied to the problems that Japan is facing. Considering the current condition in Japan, method (1) is a solution to raise the pensionable ages to maintain the adequacy of benefits. Method (2) is a policy to improve benefits of public pensions to those who receive only Basic Pension and no earning-related pension, such as self-employers etc. Method (3) is an aim to complement insufficient benefits of public pensions and to encourage and support private pensions.

In relation to method (3), the OECD report of 2013 edition indicated average income replacement rates (before tax and social security premiums) of a sum of public pensions and obligatory private pensions to incomes of working generation in each country.

As we can see, it is necessary in Japan also to secure old age income level in a combination of public and private pensions by offering the obligatory and the non-obligatory but highly covered (more than half of workers) private pensions.

The revised DC law enacted in May 2016 provided an opportunity for all citizens to join some sort of DC plans (individual-type or corporate-type) no matter how different their life courses are. The revision was fruitful in a sense that it led the DC scheme to become universal.

As mentioned in the previous chapter, public pensions will inevitably lessen its role in the old-age income security due to the reduction of substantial benefits through the macroeconomics slide. Incidentally, private pensions will need to supplement the lessened role of public pensions. DC plans (corporate-type or individual-type) expanded universally to cover all citizens, as a counter measure against this situation. Now, will DC plans be the main streams of corporate pension scheme in Japan just as in the United States?

The review of the history of corporate pensions in Japan certainly reveals a shift to decrease risk that companies bear and to share it with their employees.

In business accounting, DC plans work only by dealing contributions as costs and reduce risk on companies. On the company side, incentive to shift to DC plans seems strong. There are also reports on movements to completely abolish corporate DC plans to shift to an individual DC plan by adding contributions on salary-gain- stream due to the coverage expansion of individual DC scheme.

However, is it right to judge strategies of corporate pensions only by reducing the risk burden of companies?

We must not forget that one of the factors for companies to establish corporate pension plans was originally to provide welfare benefit through old-age income security for employees.

Dr. Katsuhito Iwai introduced an interesting example of an advertising company in the United Kingdom as "a state of the company in post-industrial capitalism" in his book². It explained when it comes to companies such as advertising agencies that supply specialized and technical services, they ultimately depend on creativity of each employee and so shareholders cannot own them as human capital. (Ironically, a famous US pension fund among their shareholder.).

The case might be indicating the state of corporate community in the future. I believe that a certain level of company's paternalism in investing in human capital, especially a commitment in retirement benefit plans for permanent employees, will be a positive strategy to enhance value of a company.

References (excluding ones already referred in each chapter)

Tanaka, Shuji and Usuki, Masaharu (2007-06), 'Why Doesn't Life Annuity Become Popular? – A Survey of Annuity Economics and Suggestion for Japan', manuscript collection of "The 15th Japan Finance Academy", No.11 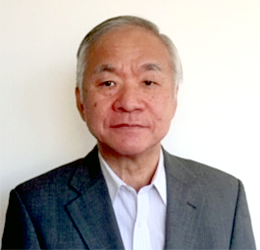