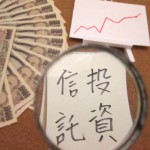 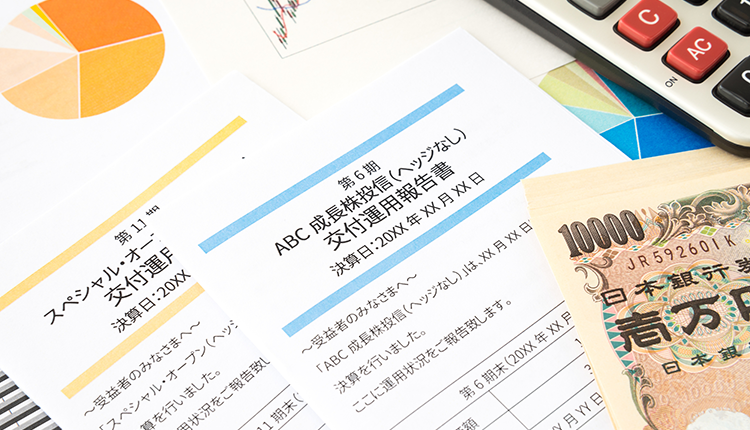 IJ will reproduce Chapter 3 “History of Toshi Shintaku”, Section 4 “Diversification and Globalization” in three parts. This is Part 2 of the series.

When Japanese investment trust funds were first marketed in 1951, they were unit-type stock funds which matured in only 2 years, despite being invested in stocks that were volatile and had no maturity.  This product was unique to Japan and tailored to meet specific needs of the times.

In the late 1940’s, just prior to the introduction of investment trust funds, Japan’s securities market took its first steps toward growth with the promulgation and enforcement of the Securities and Exchange Act in 1948.  Japan’s securities market at the time was flooded with stocks, owing to the dissolution of zaibatsu and a shortage of buyers.  Toshi shintaku became the answer to absorbing the excess of stocks and providing much needed cash to corporations.

To achieve “democratization” of securities, i.e. converting a portion of Japanese savings into investment, the fund sponsors embraced unit-type funds that accept subscriptions in principal value only during their subscription period because they were easy for individual investors to buy and easy for securities houses to sell.  At the same time, Japan chose not to sell open-type funds that accept additional subscriptions after their establishment at daily changing market prices, though they were most common type of fund sales worldwide.

A new unit-type fund was set up each month, with a 30-day sales window and a 2-year trust term – like a fixed-term deposit — at a fixed price of JPY 5,000 per unit (JPY 10,000 after 1966).  Although, open-type funds were first offered in 1952, the monthly set-unit funds were still a main product.  The trust term was extended to 3 years in 1954 and 5 years in 1956.  This business model of selling savings-type products of 5 years or so each month, was based on an expectation of ever-rising stock prices and continued until the Japanese bubble economy burst in 1990, when the model ceased to work.

Since the latter half of the 1990s, the international norm of selling open-ended funds at daily market prices has become mainstream in Japan.  Funds were set at JPY 1 per lot and offered for sale at a round amount such as JPY 1 million.  As of the end of 2017, these open-type funds dominated 99% of the AUM in stock funds.

In 1961, bond investment trusts were introduced at a time when Japanese government bonds were not yet on the market.  Only corporate bond funds, meant to foster the corporate bond market in Japan, were available.  In 1980, medium-term government bond funds modeled after US-style money market funds were introduced to the Japanese market.  Japanese banks objected, fearing competition from the usually higher returns associated with money market funds.  In response, the funds were re-styled as mostly medium-term government bonds.

Start of Japanese REIT and ETF

Corporate-type funds were introduced in 2000 in addition to the existing trust-type funds, with the primary goals of bringing greater transparency and accountability to fund governance and more closely aligning Japanese funds with global standards.

Japanese real estate investment trusts (J-REIT) appeared around the same time, adopting a closed-end scheme that allowed investment in less-liquid assets.  Investors were not allowed to withdraw their capital, but because the listed fund had liquidity, they could sell their interest.  J-REITs were intended to spur the Japanese real estate market.

The first Exchange Traded Fund (ETF) in Japan, the Nikkei 300 Index Fund, was launched in 1995. At first, Japanese ETFs were of the cash contribution type only.  In 2001, however, in-kind contribution ETFs were introduced to stimulate the slumping Japanese stock market.

As noted above, many Japanese funds were born of political motivations.