John Alkire, Part 2: "This is changing" in Japanese asset management

Business has begun to change

I think, in this country, much more than any country in G7, the distribution is powerful, and the shelf-life is almost everybody's concern. Every store have so many shelves and you can only put so many things on the shelf. It's like a select shop which I call 'dasai' or uncool. To get shelf space in the Japanese distribution system is really key and the distributor then relies on the engine. But it's a catch-22. It's the chicken and the egg in my view, which is why 52% of Japanese assets are in bank deposits*.

Mutual fund assets have grown but it's really because BOJ have owned ETFs. Still there are some successful one like AI, Big Data, Turkish fund, but it is not a mature industry at all. It's not anywhere near as efficient as Toyota, Nintendo, ANA Airlines, Uniqlo. There are so many other companies that have done efficient work in Japan, but not in the investment management business.

I would also think there are several conflicts that come up. The distribution is still largely commission based. That in itself is a conflict.

On the other hand, as you know, fee base business in the US is growing. According to the announcement by Rakuten Investment Management, they're going to have a platform for fee base investors. There are three thousand independent financial advisors. And that would really change the model in Japan. Because when you become fee base, you're working with each client on the same goal. And again, back to my original point, investment is all about goals.

This is an example I give very often and just from a long observation of what's happened in Japan.

During the bubble of 1980's, people did not mind paying a high price for goods. If you want to buy a Louis Vuitton bag, there's a very high margin that used to be. There were so many layers before it came to the retail person. Now, Louis Vuitton has their own shop. Same thing with Mercedes Bentz. Same with Johnny Walker.

But where the consumer is not being given a good deal yet, although it's changing, is financial products. Thanks to Financial Services Agency, there is a drive to have diversified funds, low cost funds, wrap accounts, and that's the beginning of change.

* According to Flow of Funds Account survey by the Bank of Japan (BOJ), about 52% of individual financial assets are in bank deposit for the fiscal year 2017, which ended March 2018.

Zero rate and others made cool thing

In Japan, I think what the trigger is your interest rates. Because if you have zero interest rates, you're not going to get any return on your money. You have to think about taking risk.

If interest rates were 2%, 3% or 7% as they were twenty years ago, you didn't really need to invest. During the deflationary period, everything got cheaper, maybe money at the bank worked. But I think we're getting to an intersection where if you don't take risks, it's riskier.

Much like the US's 401k defined contribution, that is promoting a little bit of shift to maybe taking something with a higher expected return than zero. So there is a change.

There is another change.

In the 1980's, information was very rare. Today, information is not privileged. It's a completely different world where information comes free and people have access to this.

In Japan, the general level of a consumer, I think, is very high, and if given the information, they will compare and make better choices.

In my old company, I had an assistant, let's say, A-san. A-san had the ability to compare all the trips to Hawaii and select the one that she goes into Honolulu, get a lei, breakfast at the Halekulani, trip to Maui, rent a car in Maui, two nights at somewhere else and a free hula show. That's just an example, but it's the ability that the average consumer in Japan has when given a choice to compare.

And now, in financial products, Japanese consumer will come to make better choices because there is a nice cocktail. I'd like to call it a cocktail between the need, zero interest rates, free information and others. That's kind of cool. 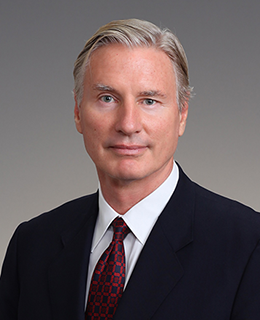