IJ speaks with John Alkire on Japanese asset management 1: This is strange ……

IJ asked John Alkire, CEO of Dimentional Japan, what he feels strange in Japan’s asset management industry, with an intension to find problems that require 'kaizen'.

Always changing helmsman of a boat

I think general observation can be made that in Japan turnover of top persons in asset management community is very high.The helmsman of a boat is always changing and the boat is tacking.Every time the wind changes, the boat tacks.It doesn't go in an efficient straight line, which means no goal-based investing is done.

That's a key issue.The investment world is a highly professional occupation.It's very similar to being a doctor, being a lawyer, being an accountant.It's a very, very specific set of skills that are necessary to deliver what you need to get to your goal.

If you can objectively look at the Japanese investment community, there are some that have become independent and they've been very successful.They're still small and not really a major force in the market.

But with large institutions, the turnover of professionals on both the sponsor side and the asset management side is much too high.What happens when it's high is that the philosophy or the goal of the company change.I don't think it's right.For example, if there's a XYZ Asset Management company and the top came from the investment side, then new guy comes from a different side and he's more marketing oriented.So all of a sudden, philosophy of the company changes.

To be very successful in the business is to be able to obviously have good investment results, but also to have a consistency.Consistency is really, really important in the investment world.Why is consistency important?Because the clients that eventually give you money will understand when you underperform and why you overperform.The consistency allows for trust to develop.

The other observation I would make about Japan which is really unusual is the amount of mergers that have occurred within the asset management community.Recently we have seen several mergers in Japanese asset management industry.That is not an efficient way to run an organization.

A good example would be, there was actually a new merged company that had nine Nikkei 225 index funds as a result of repeated mergers.An index fund is one purpose to follow the index.You don't need nine different ones.It's very inefficient.It's costly.It takes a lot of time for the prospectus etc.

Of course, in the US, you have mergers too.In the US, they tend to be a little bit more business oriented.If there are inefficiencies, they would cut that out.In Japan, you don't cut that out because you protect labor or you protect the guy from your parent company or something like that.So that's a very peculiar Japan-only issue in asset management.

Size doesn't mean anything.Size should be a natural evolution with a successful company.I can't see one logical reason why size will be important.The most important is, to deliver consistent investment performance, the company must have a consistent philosophy and a consistent process.

So, a metaphor would be there's a Muslim, there's a Catholic, there's a Buddhist, there's a Shinto guy, there's a Hindu and we all represent this company.That doesn't work in investments because you're dealing with a client.

When the client says "What is your philosophy?", "Oh, we have one of everything".That doesn't give comfort.In my view, that does not give high level of trust.Without question, the only thing investment companies sell is trust.That starts at the top. 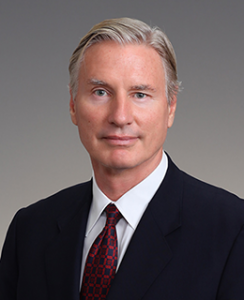 John’s relationship with Dimensional began in the late 1980s.  He first worked with Dimensional founder David Booth in 1985, and while at Morgan Stanley, he helped launch a Japanese small company strategy for Dimensional in 1986.