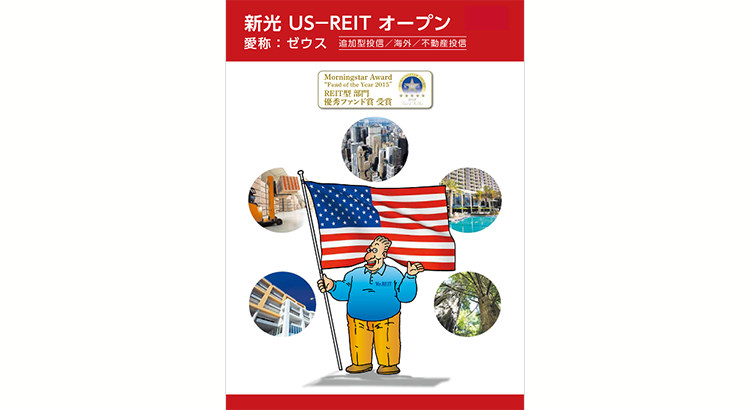 Have any foreign asset managers launched successful products in Japan? In this snapshot series, we profile three toshin fund successes. The second one is "Shinko US-REIT Open (Zeus)".

The article is based on reporting in Ma-Do magazine, a Soken publication in Japan.

Among Japan's toshin funds, (similar to mutual funds in the U.S.), several foreign asset management companies have found success operating as sub-advisors. The Zeus fund is a typical example.

Zeus was created and managed by Shinko Asset Management (which merged into Asset Management One in 2016). While considered a fully Japanese toshin fund, actual investments in US-REITs are handled by Invesco Advisors Inc., a major asset manager based in Atlanta. Strong collaboration, among other factors, between the companies in Japan and the U.S. helped make Zeus a solid toshin hit.