Foreign Stock Funds Boosted by One of the Largest Launches Ever 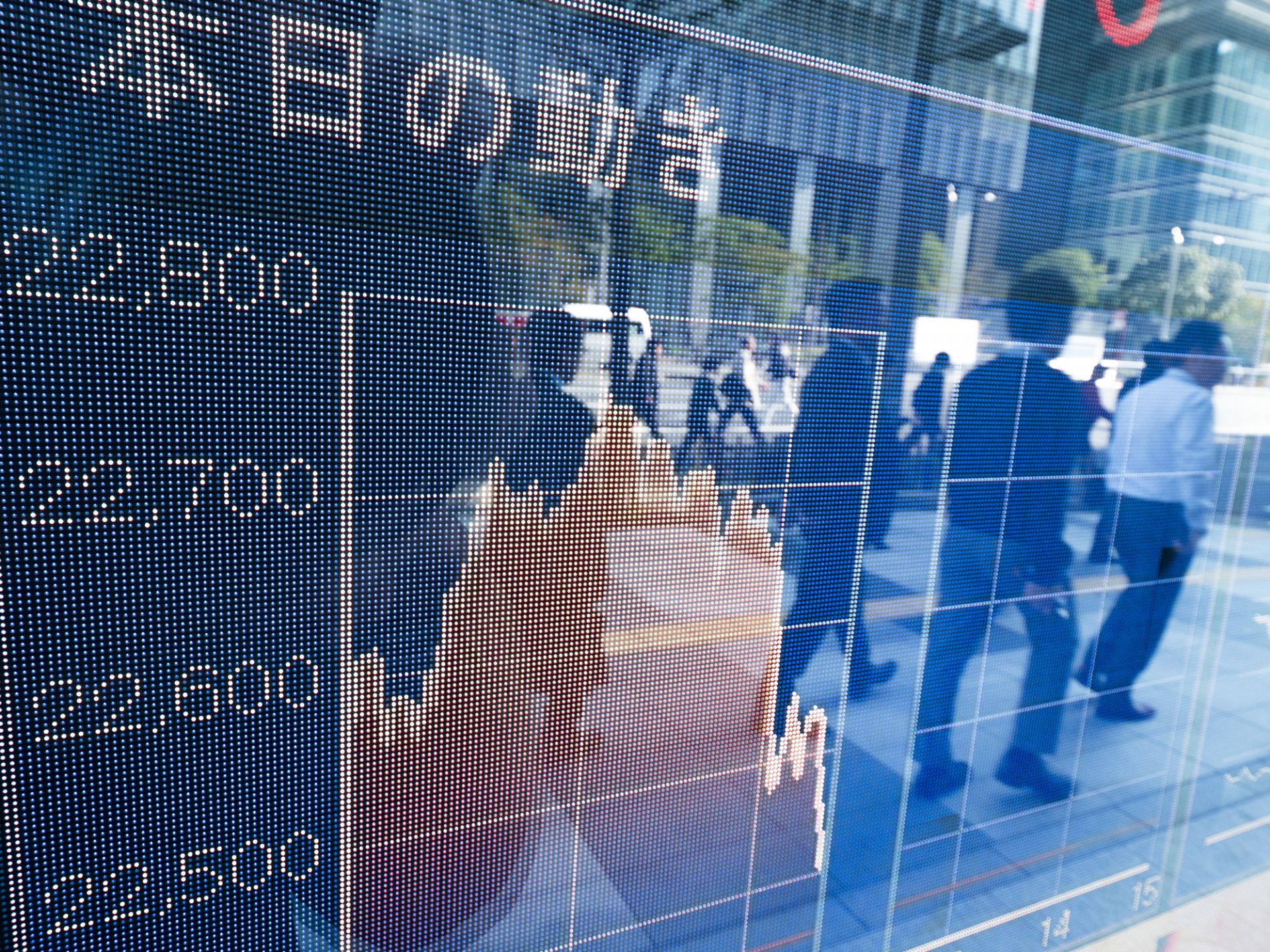 Translated from an article originally published in Ma-Do Magazine Vol. 62, May 2021. 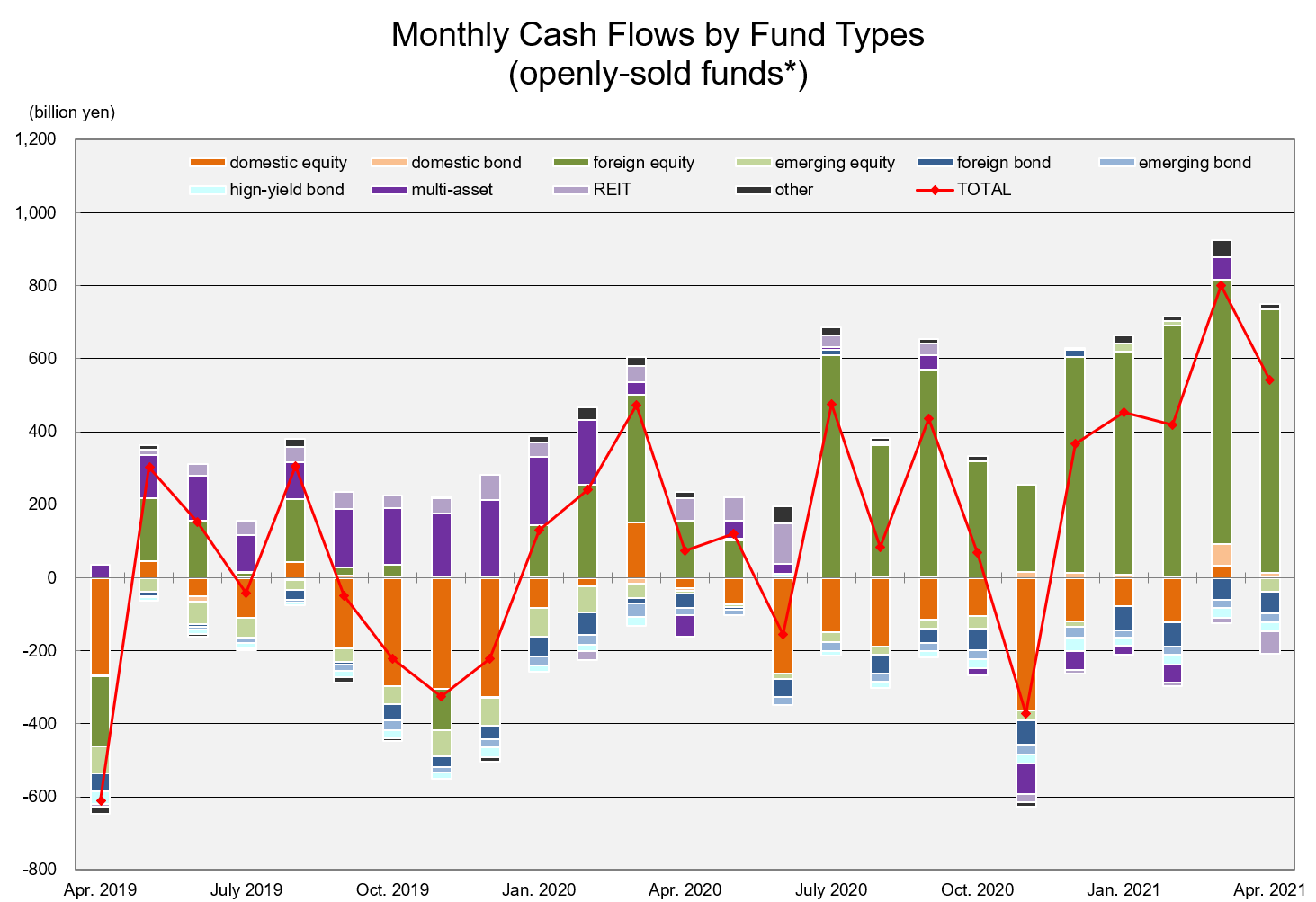 Cash flows for openly-sold funds* in April 2021 were a net positive of JPY 541 billion.  Although the toshin market is down from JPY 800 billion in March, it has been positive for 5 consecutive months since December’s net of more than JPY 300 billion.

April’s inflow was driven by foreign stock funds, solidifying a trend that began in July 2020.  A key product of the April inflow was Global Exponential Innovation Fund, launched on the 26th with an initial setup of JPY 286 billion, making it the largest fund of this year and the third largest ever.

Among fund categories, “multi-assets” enjoyed a temporary inflow in March, but turned negative again in April.  Other categories experienced either outflows or minimum inflows, except for bull-bear types, which received solid inflow.  While there has been no change in the bias toward foreign stock funds, the trend has become more pronounced due to the influence of certain individual funds.

Among individual funds, the top inflow recipient was the just-launched (in April) Global Exponential Innovation Fund with a net positive of JPY 292 billion, which far outpaced the JPY 53 billion net positive of second place Innovative Carbon Neutral Strategy Fund (launched in March).  AllianceBernstein US Growth Stock Fund D Course ranked third in April, after having lost cash for some time.

The top two funds both incorporate ESG elements.  While ESG investment has become more widespread, there is still no distinct category of “ESG funds”.  Despite attempts to clearly define what constitutes an ESG fund, it remains difficult to do so.  Atsushi Ohno, Chief Fund Analyst of MAB, explains, “It is now common practice to take ESG into account when narrowing down the universe of stocks to invest in.  However, the degree to which ESG is emphasized in comparison to other factors varies.  The question of what constitutes an ESG fund is a headache for those of us in the evaluation business.”  Meanwhile, the mainstreaming of ESG investment in the Japanese fund market bears watching.

Among April’s top money losers, T. Rowe Price US Growth Stock Fund suffered the greatest loss, followed by netWIN GS Technology Equity Fund B Course (JPY unhedged).  Both are foreign stock funds that ranked among the top inflow funds just several months ago.  “As concerns about rising interest rates and inflation emerge, foreign stock funds, especially technology funds, are now in a phase where they are likely to be sold,” said Yohei Shimegi, Fund Analyst at MAB.  “If the result is that cash goes to similar funds, however, it is an issue for the industry to keep a close eye on.”  It may be a sign of significant change to come in the toshin market.