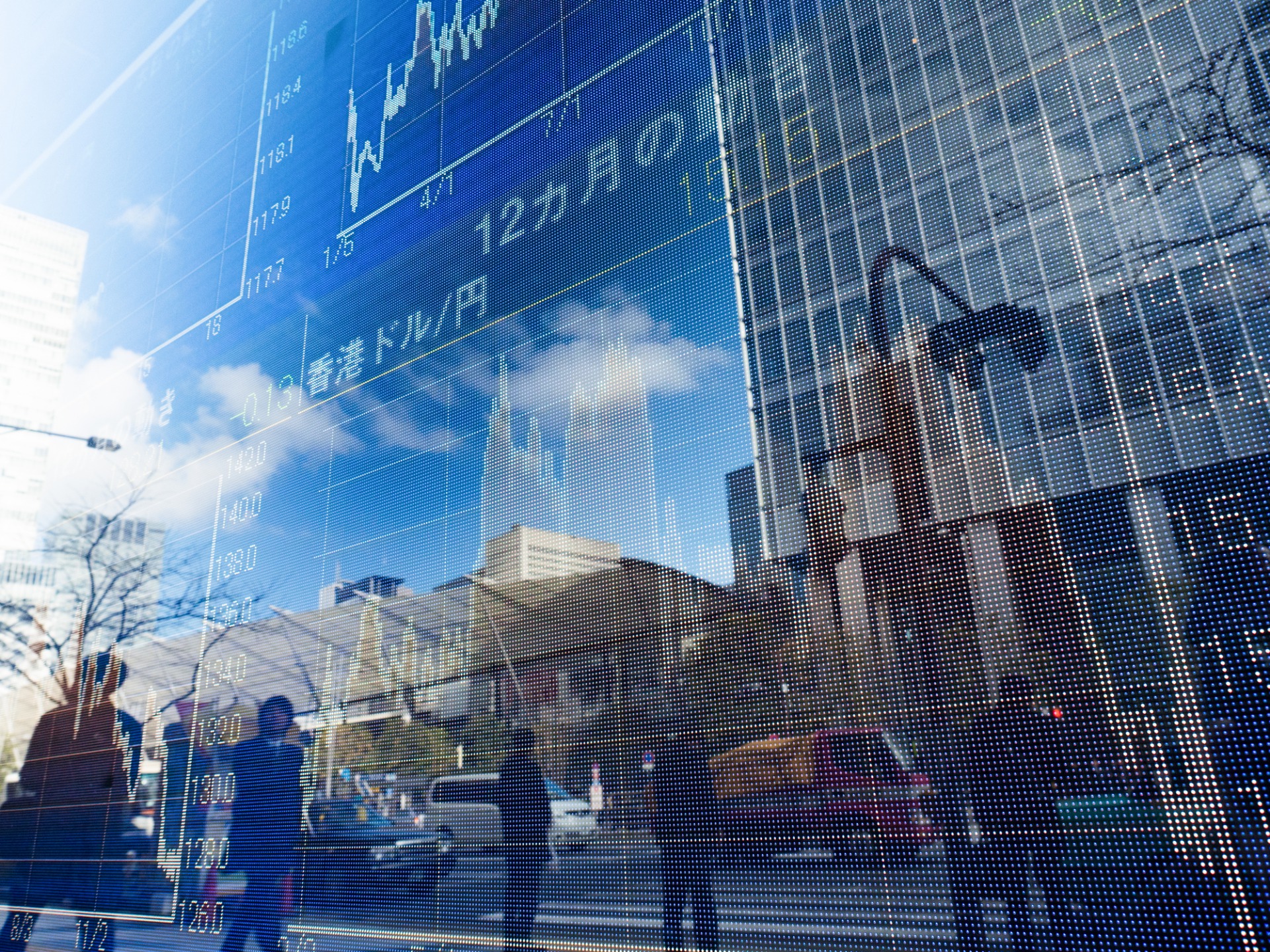 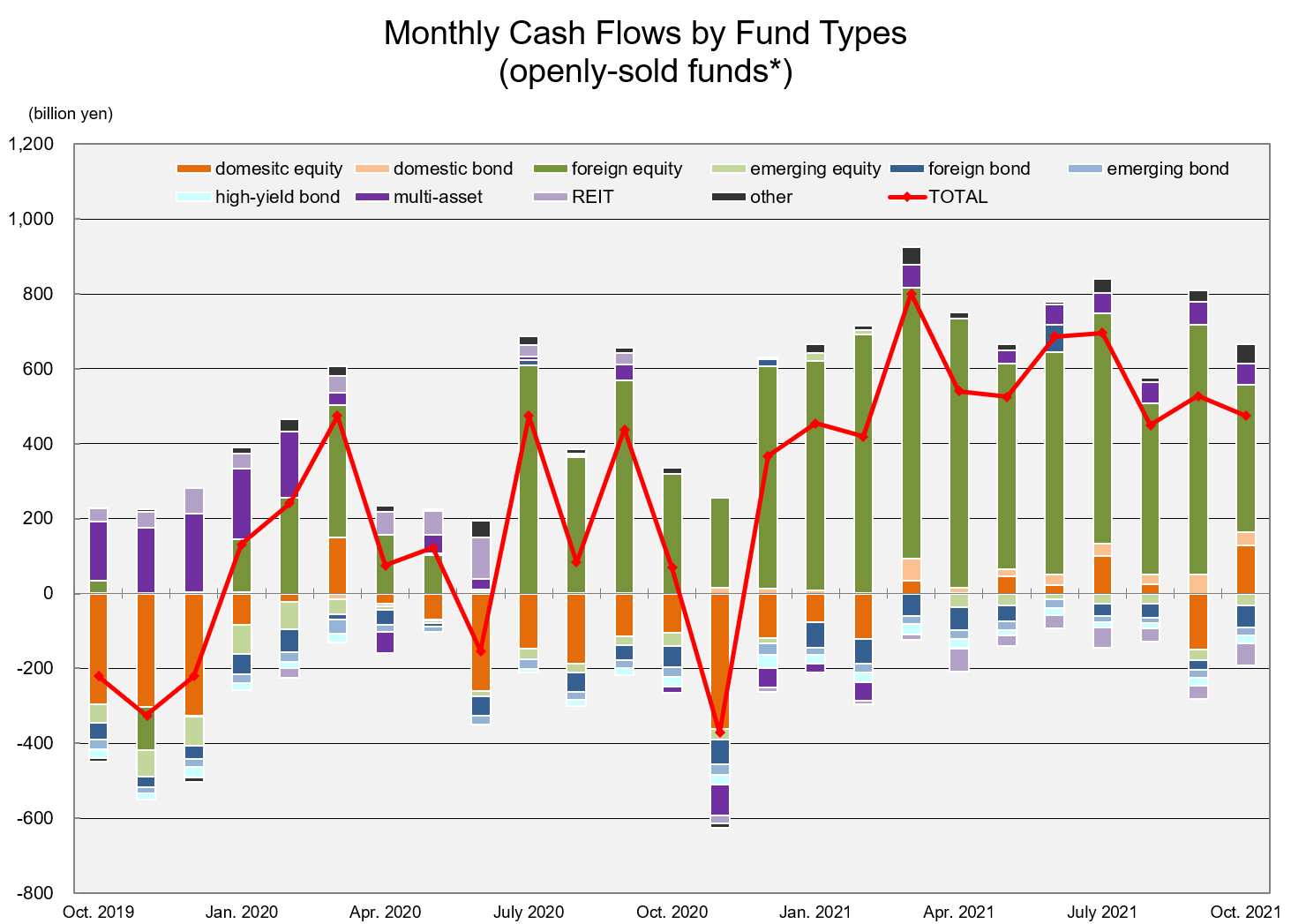 Cash flows for openly sold toshin funds* in October were a net positive of JPY 474 billion.  Although down from JPY 527 billion in September, cash flows been positive for 11 consecutive months since December 2020.  The toshin market continues to thrive.

The inflow to domestic bond funds is somewhat surprising.  Most went to Manulife Yen Hybrid Bond Income Fund (annual settlement), making it the 4th best-selling fund in October.  With the fund’s quarterly settlement version, the fund raised JPY 35 billion in the same period.  “The fund, targeting yen-dominated subordinated bonds, attracts investors who think the current stock price level is too high, or novice investors who are buying instead of depositing,” said Yohei Shimegi, Fund Analyst at MAB.  “Although performance has stabilized recently and the market for subordinated bonds has been expanding, this is a fund with a certain amount of risk among domestic bond funds.”

It is worth noting that the net asset balance of eMAXIS Slim US Equity S&P 500 has exceeded JPY 700 billion, an unprecedented feat for an index fund toshin.  Since a large percentage of the funds seems to be invested in installment accounts, it is highly likely that inflows will continue to be stable.  In the same series, eMAXIS Slim All World Equity (All Countries) also performed well, ranking 5th in terms of inflows.

Among October’s outflows, the top money loser was Digital Transformation Stock Fund, followed by the Next Generation Communication Global Equity Strategy Fund and the Global Prospective Fund.  Each is a large technology-oriented foreign stock fund with net assets of JPY 500 billion or more.

The key words for the recent inflows are "US stocks" and "accumulation (by installment)”.   Atsushi Ohno, Chief Fund Analyst at MAB, noted “Just a few years ago, it was unimaginable that individual investors would buy US stocks in index funds linked to the S&P 500 on an installment basis.   If you are a young person, I think accumulating investments in US stocks is a good choice.  But if you have accumulated a certain amount of money, it is time to consider building a more diversified portfolio.  Because as your assets get larger and the number of years you can manage them gets shorter, the risk of not being able to recover from a market collapse outweighs the benefits of dollar cost averaging.”

Many individuals who invest in installments seem to be customers of online securities sellers.  Eventually, these customers will need advice on managing their accumulated income, at which time they will seek out face-to-face retailers.