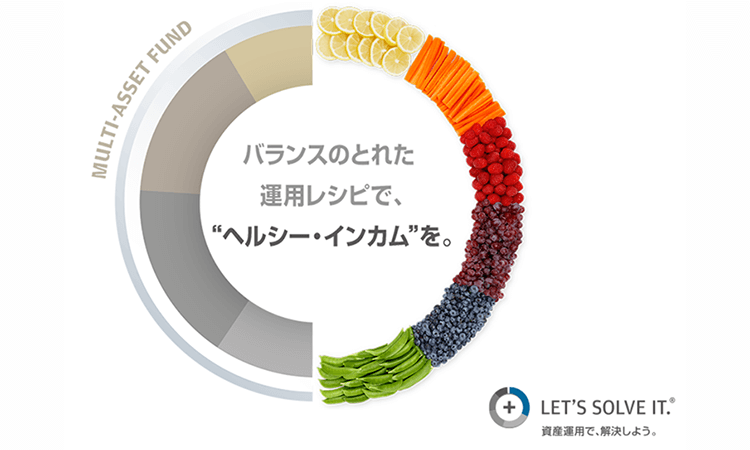 Have any foreign asset managers launched successful products in Japan? In this snapshot series, we profile three toshin fund successes. The third and last one is "JPM Best Income".

The market for toshin funds (similar to mutual funds in the U.S.) is in transition. Investor goals are beginning to change, driven by factors such as limited tax breaks for investors who buy and hold for several years. The typical individual toshin buyer — once a reliably short-term investor, frequently changing funds to maximize income — now is more likely a mid- or long-term investor seeking asset allocation.

The JPM Best Income Fund, a multi-asset fund introduced by J.P. Morgan Asset Management in September 2014, has been most successful in taking advantage of this market shift. The portfolio of this actively managed fund consists of mainly global bonds, stocks, and REITs with currency hedges. Unlike other toshins, the Best Income fund is designed as a mid- and long- term investment vehicle, in which investors are advised to reinvest dividends and increase their holdings. Investors can choose between monthly or annual dividend payments.

In January 2014, prior to the fund's launch, the Japanese government initiated a new tax exemption system called NISA. Under NISA, annual dividends and capital gains of up to one million yen (extended to 1.2 million in 2016) that are derived from certain securities may be exempted from taxes for as many as five years. Asset managers responded by structuring funds to fit the new tax exemption category.

Among such funds, JPM Best Income may not have been the best performer, but it has proved highly resistant to downsides, such as the China Shock in August 2015 and the global stock decline in January 2016. Net asset value (NAV) of the fund decreased by much less than stock prices in Japan and the U.S., and it quickly recovered from those dips.

Annualized yield has fluctuated between 4.5% to 5.0% and dividends have been paid consistently. Such stability has attracted a certain portion of Japanese investors. JPM Asset Management promotes its funds with an appeal to wholesomeness and stability: "A healthy income from a recipe of balanced management." The management arm of JPM, a traditional financial group in the U.S., has been keen to provide educational material to both individual and institutional investors here in Japan. The company has made sure that distributors of JPM Best Income are well informed and their sales staffs are well trained.

Since NISA, the government has stepped up efforts to substantially grow the per- household level of mid- and-long term investment. In 2016, the Financial Services Agency replaced its old slogan, "From Savings to Investment", with a new one, "From Savings to Asset Building," to encourage toshin sellers to focus more on customer-oriented marketing, rather than simply chasing sales commissions. In January 2017, Ministry of Health, Labour and Welfare created a new defined-contribution pension system for individuals and small companies called "iDeCo". As a result of these efforts, more and more individual investors in Japan are paying attention to mid-and-long term investment when selecting toshin funds.

JPM Best Income Fund counts assets under management at around 320 billion yen as of mid-November 2018. It is distributed by 18 banks and 17 brokers.